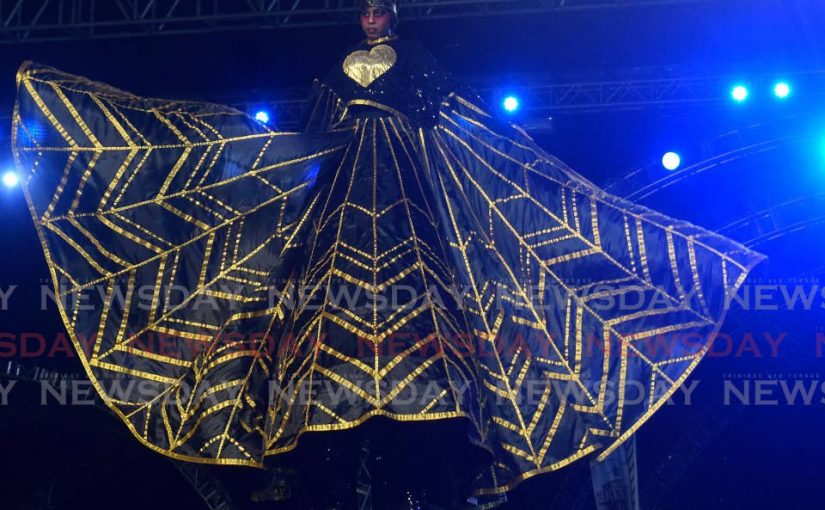 Mas icon Peter Minshall is back again and the first public showing of Kinetic Mas’ Mas Pieta took place on Thursday night at the Senior Kings and Queens of Carnival competition. There at the Queen’s Park Savannah, Port of Spain, Minshall presented his queen, portrayed by Sevel Nicholls, and king, portrayed by the 2018 King of Carnival, Earl Thompson. Both were titled The Power of Love and were well received by the audience at the Grand Stand. The simply-made mas was anything but simple due to the performances. [caption id="attachment_810125" align="alignnone" width="1024"] 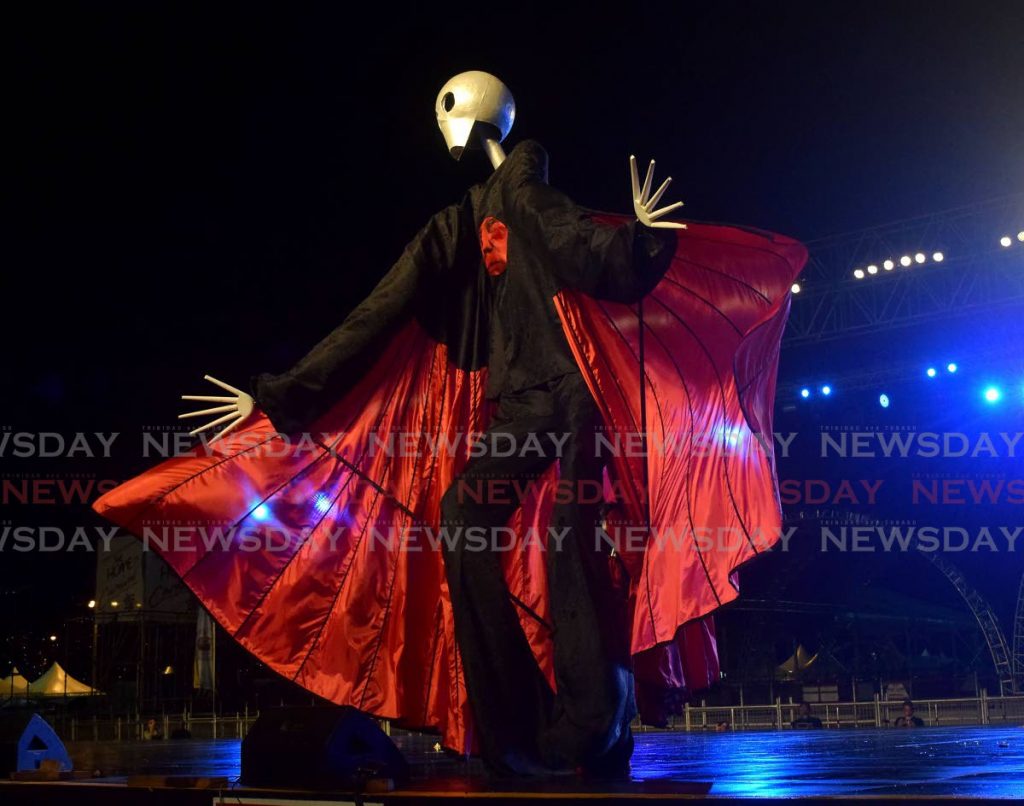 Earl Thompson is The Power of Love, the king of Peter Minshall's Kinetic Mas' Mas Pieta at the Kings of Carnival competition at Queen's Park Savannah, Port of Spain on Thursday night. - Vidya Thurab[/caption] Nicholls was a black and moko jumbie with a large golden heart over her chest. The headpiece was that of a bird and her sleeves the wings. However, she did not just prance across the stage. She moved like a bird. Her head and body jerked, her chest protruded to accentuate the heart printed there, and her ‘wings’ moved fluidly and continuously through the air. Thompson was the operator of a large puppet in a black pants and top, and a red cape. With smooths glides, one movement flowed into the next, he made the puppet dance. Both moved to music with wordless vocalisation that set a dignified tone and almost mesmerised the audience.