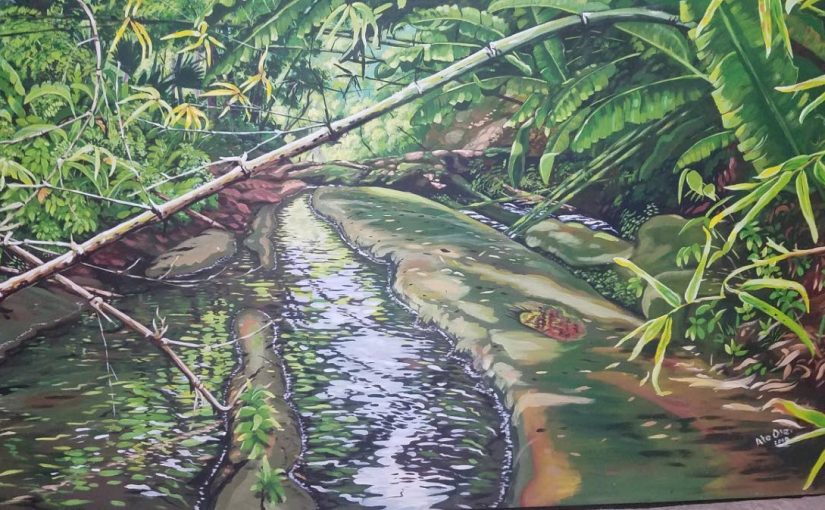 Nerukhi Ato Osei’s Re-emergence 2 art exhibition is coming to the Central Bank, Port of Spain. The exhibition follows the artist’s official re-entry into the fine art arena when he participated in the Carifesta Museum at the Mayaro Civic Centre in 2019. That was his fourth one-man exhibition at The House of Creative People, Southern Main Road, Marabella, last November. Nerukhi is also a calypsonian, music and video producer, former PRO of TUCO South Central Zone and a music promoter. Culture Minister Dr Nayan Gadsby-Dolly will be patron of the exhibition. [caption id="attachment_810033" align="alignnone" width="1024"] 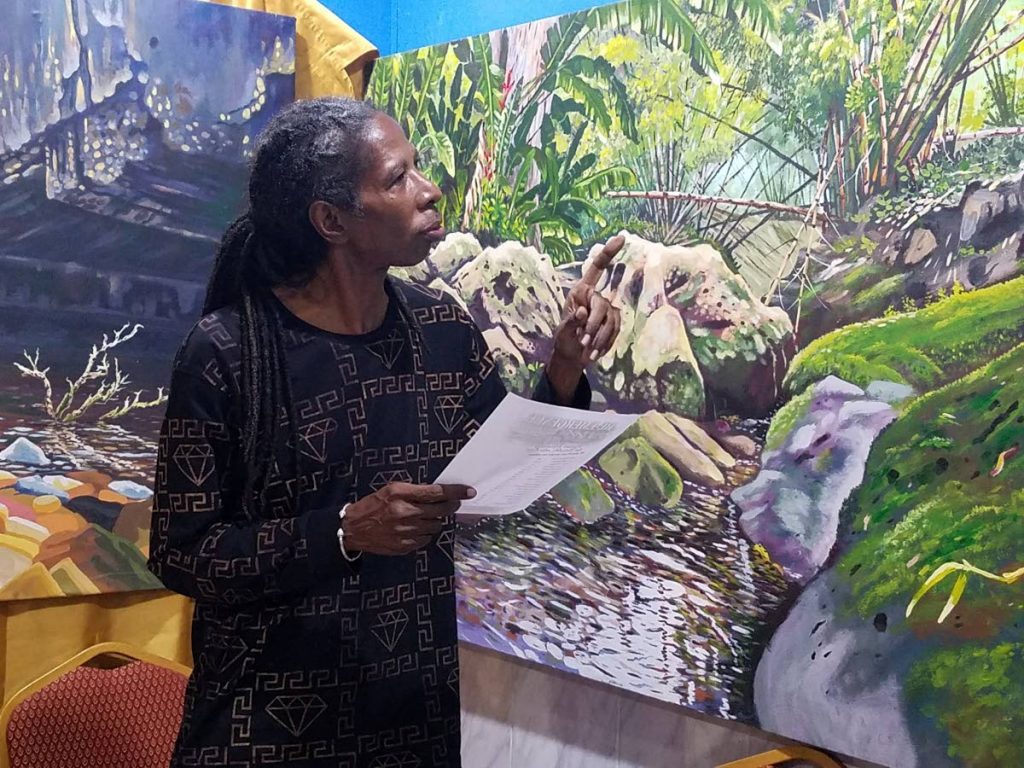 Nerukhi discusses one of his pieces. -[/caption] Known for his pioneering work in Taking Calypso to Schools in south Trinidad, he now sets his focus on the fine arts –another of his many talents, said a media release. His medium is acrylic on canvas. His local landscape paintings seek to draw attention to the great treasure of local environmental beauty and eco-tourism opportunity in TT, as well as some of the historic treasures that may soon vanish from the memory of the current generation, the release said. [caption id="attachment_810034" align="alignnone" width="1024"] 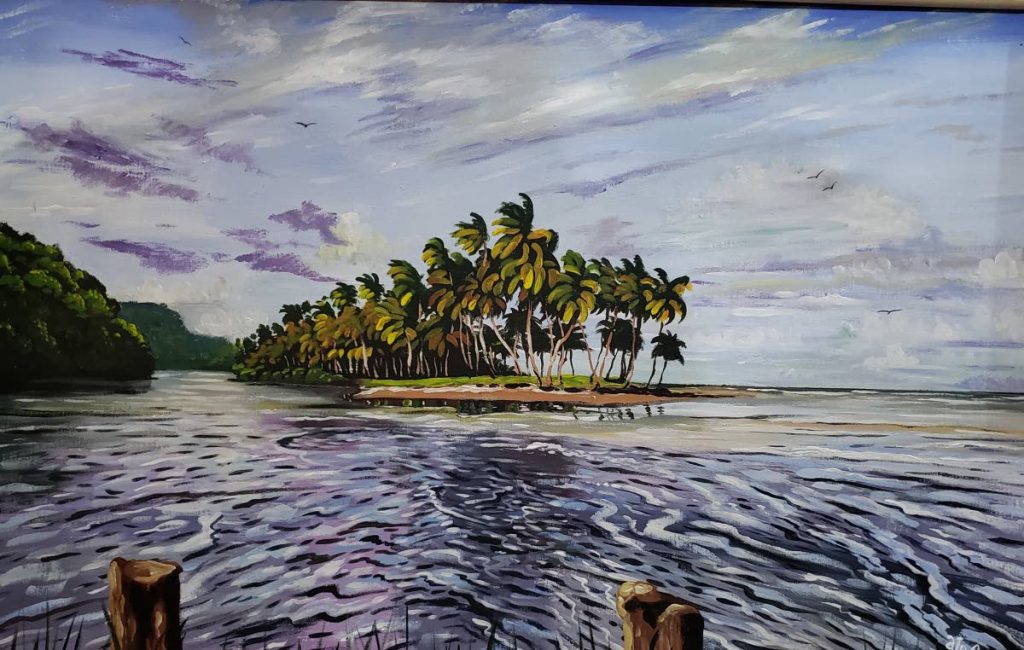 Manzanilla (From the bridge) -[/caption] Nerukhi believes that the arts provide great avenues for creative expression, emotional therapy and income generation but is also a most unappreciated and underutilised tool in social development and education, the release said. Being both a visual and performing artist has given him the opportunity to get a unique perspective on how art affects and reflects the mind-set of society as well as its potential if properly utilised to address many of the challenges of our nation’s youth. [caption id="attachment_810036" align="alignnone" width="737"] 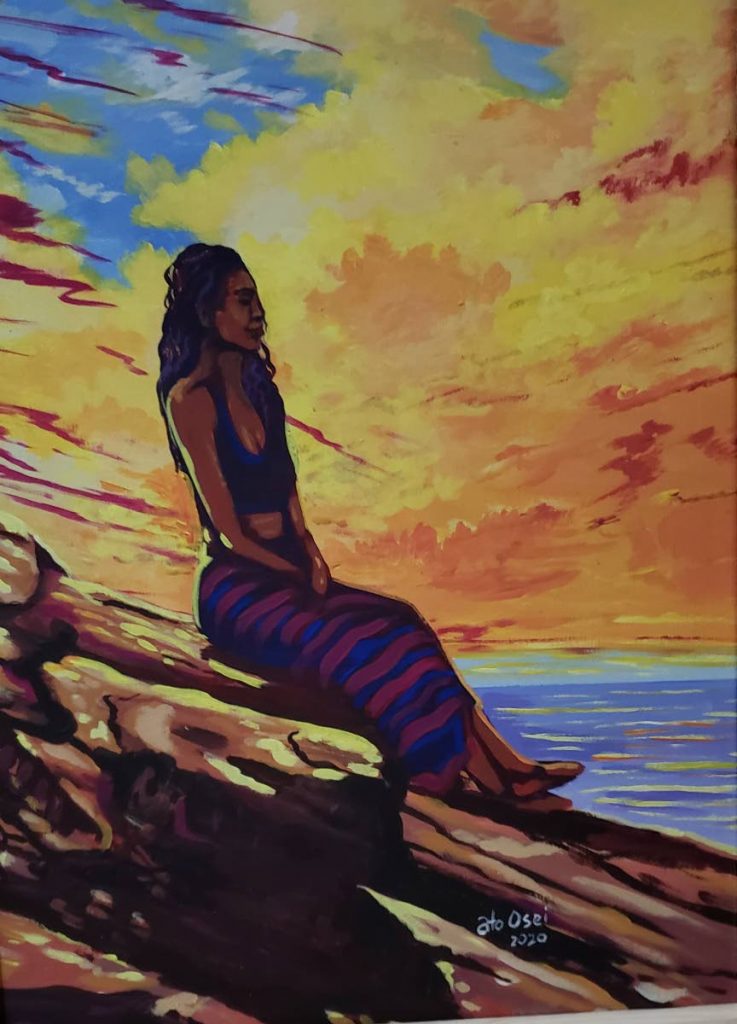 -[/caption] The former La Romaine Secondary School visual arts teacher, and former Corinth Teachers College Teacher of the Year (Male) 2005, was also the top visual art student among his graduating class. He designed the set for Kaiso Showkase in 2018 and 2019 at Palms Club, San Fernando where he has been a member of the cast for 2013, 2017-2019. [caption id="attachment_810035" align="alignnone" width="1024"] 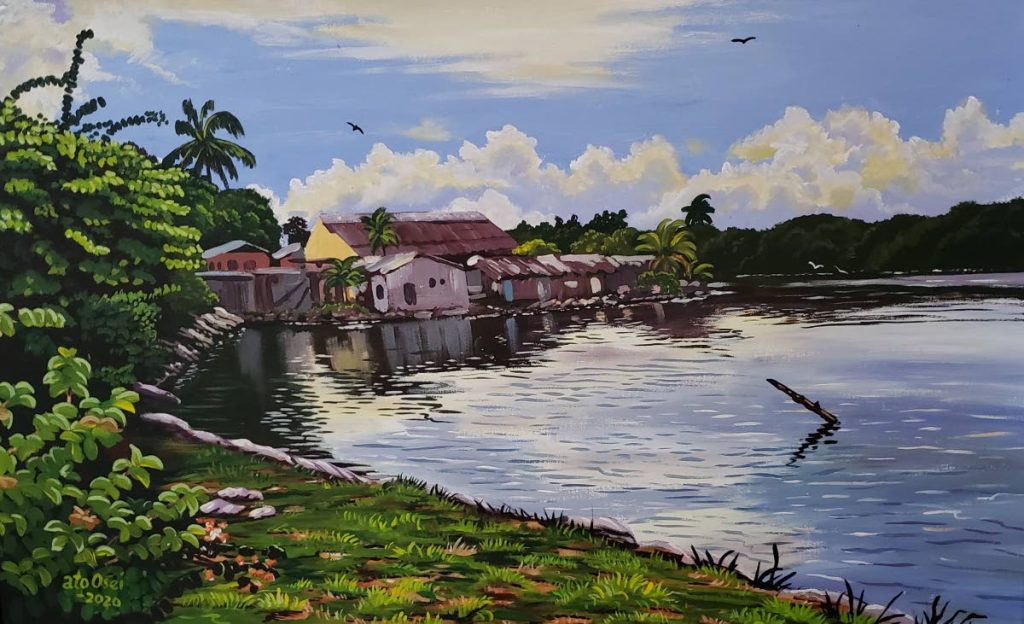 Sealots -[/caption] His 30-piece exhibition will be formerly opened at a private viewing on February 17 and for public viewing from February 18-28. For more info: www.nerukhi.com