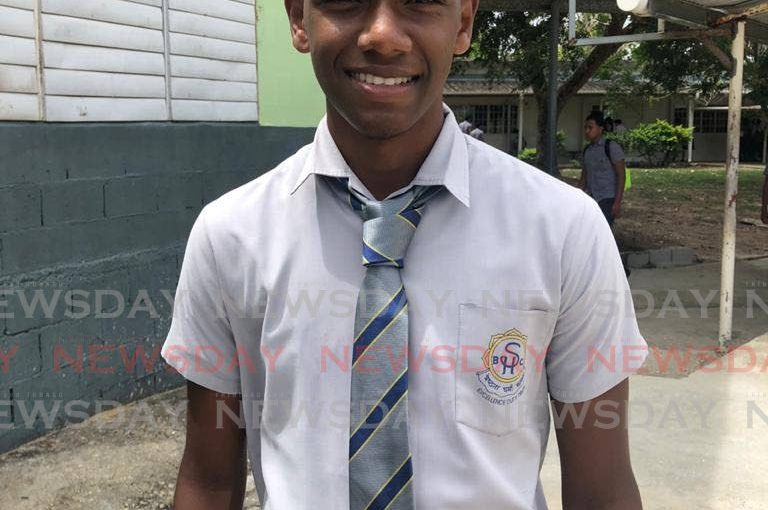 Newsday continues to cover the outstanding performances in the PowerGen Secondary Schools Cricket League (SSCL) 50-over Premiership Division. Each week a player will be selected as Newsday’s star of the week and profiled. An all-round performance in round four on Tuesday by Shiva Boys Hindu College player Nicholas Ali puts him in the spotlight for this week. Ali, a national Under-19 player, took 3/54 in ten overs to help limit St Benedict’s College to 180 all out in the 48th over. In reply, Shiva Boys were facing defeat as they were 110/6 but Ali, with help from Damion Joachim (22 not out), put his team on his shoulders scoring 65 not out to guide Shiva Boys to 181/6 in 41 overs to win by four wickets. The victory gave Shiva Boys their fourth straight win and leapfrogged St Benedict’s into first place. [caption id="attachment_810028" align="alignnone" width="977"] 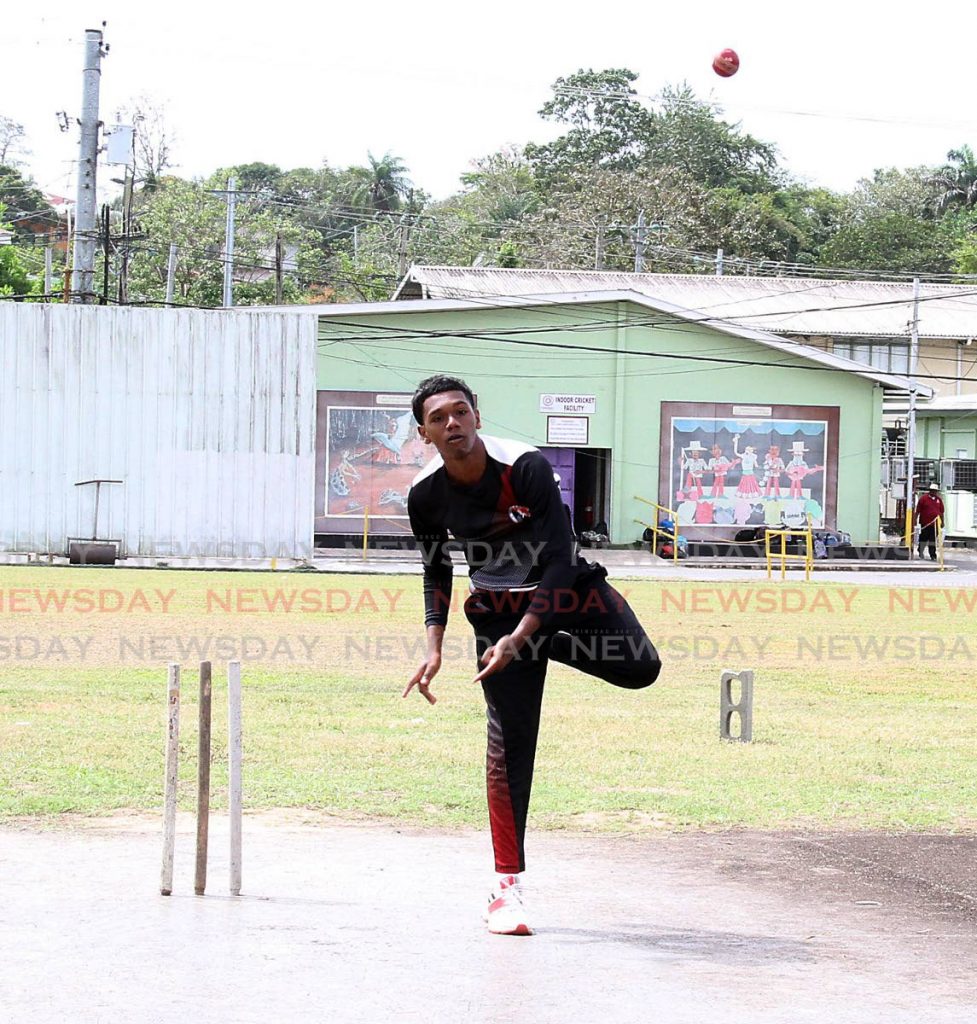 Nicholas Ali shows his bowling skills at a Shiva Boys Hindu College training session at PowerGen Ground in Penal, on Thursday. - Vashti Singh[/caption] Name: Nicholas Ali School: Shiva Boys Hindu College Age: 17 Form: Lower Six Club: First Citizens Clarke Road Batting Style/Bowling Style: Right handed/left-arm spin Performance: 65 not out (eight fours, one six) and 3/54 (ten overs) Favourite cricketer: Ravindra Jadeja Newsday spoke to Ali on Wednesday. Q How do you feel about your performance on Tuesday? A It was a great performance knowing that it was a big game and senior players had to step up and, fortunately for myself, I did. It was a tough situation and, I what I like about the performance (is that) I overcame the toughness and took my school over the line. Shiva Boys were in some trouble at 110/6. What was the discussion between yourself and your partner Damion Joachim? When Damion came in to bat we had a quick chat and I told him that we were the last two senior batsmen at the crease and we had to bat to the end to take the team over the line. We needed three runs an over and I told him to just rotate the strike and wait for the bad ball and not to rush anything. How important was the win over St Benedict’s? It was a good win because the two teams were vying for the top spot on the table. Winning the game it continues our win record and it also helps strengthen our confidence for the rest of the tournament. What does Shiva Boys have to do to continue winning? We need to look at our weaknesses in training and improve on it for the rest of the remaining matches. Simple things like blunders on the field and our top-order batting needs to improve. What are your goals as a cricketer for the next two years? It is to firstly complete my CAPE studies by the year 2021, while at the same time continue representing my country at the youth level and then break into the national senior team set-up. At the same time I would like to gain entry into UWI and eventually finding my way into a senior regional team such as the CCC (Combined Colleges and Campuses) team and with continuous hard work hopefully one day gain selection in the West Indies senior team. How did it feel to see some of your TT Under-19 team-mates at the Under-19 World Cup in South Africa? It is great to see my close friends represent the region at the international level especially knowing that they are my team-mates and we share the same locker...hopefully one day I can achieve a similar goal just like them.