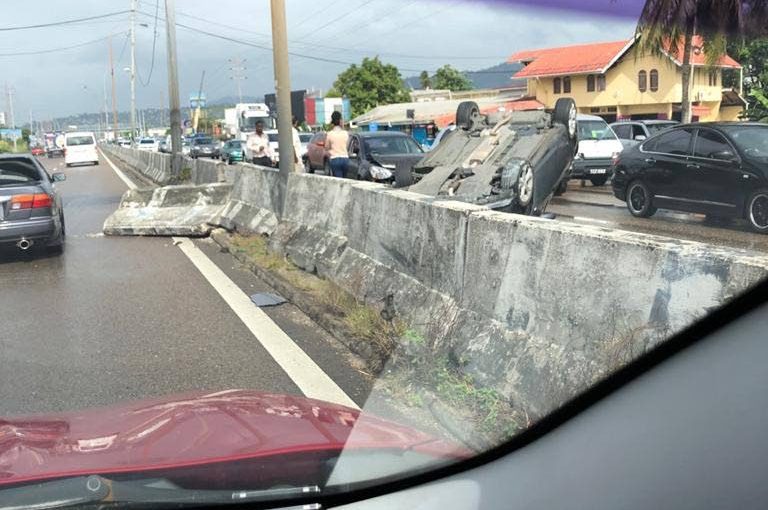 Police have cordoned off the Churchill Roosevelt Highway shortly before the El Socorro intersection after two separate accidents occurred on Tuesday morning.

In one case, four vehicles collided with a trailer truck carrying steel pans and a short distance away from another vehicle collided with a concrete barrier and flipped on its hood.

Eastbound traffic backed up to Beetham Highway as police waiting on wreckers to arrive at the scene. Traffic heading into Port of Spain crawled from Aranguez.

Police said there were no fatalities in the collisions.

This story will be updated as more information becomes available.

Police are advising drivers to use alternative routes. 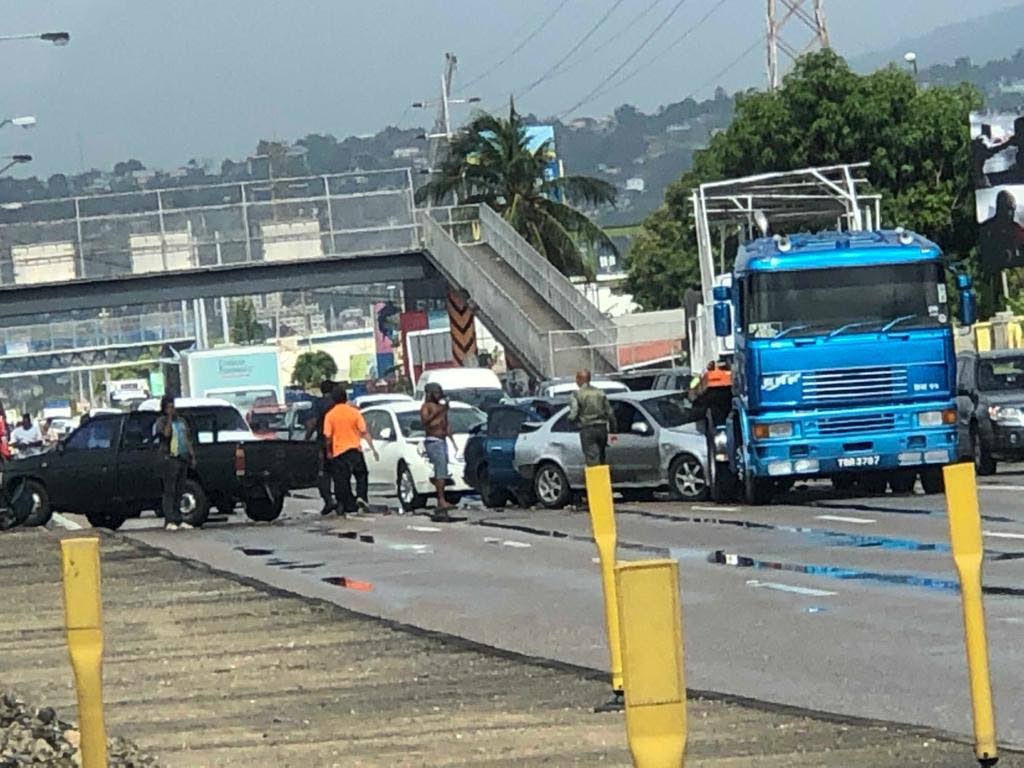