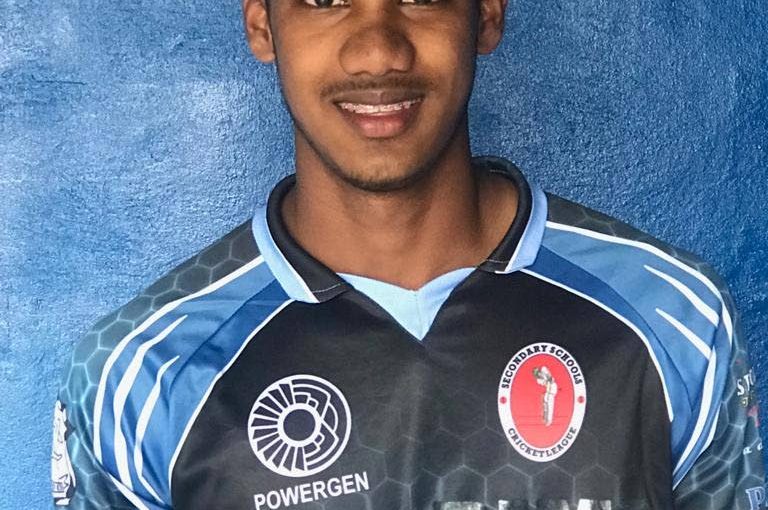 In a shortened 20-over match because of rain, St Benedict’s were bundled out for 66 in 19.1 overs. Shaquelle Cyrus made 21 and the pair of Rajeev Ramnarine and Justin Manick grabbed 2/9 and 2/17 respectively.

In reply, Pres were dismissed for 52 in 19 overs with Crystian Thurton snatching 3/12, Chris Sadanan grabbing 2/5 and Antonio Gomez taking 2/13.

St Benedict’s moved to 71 points with the win and Shiva Boys are on 72 points after losing by two wickets to Presentation College, San Fernando.

At Fatima Grounds in Port of Spain, Naparima pulled off an exciting five-run win over St Mary’s College in fading light as hours of play were lost because of rain.

When play started after lunch the match was reduced to a 25-over contest with Naparima taking first strike. Kyle Roopchand continued his prolific run of form as he blasted 73 off 48 deliveries with nine fours and two sixes. Opener Roopchand held the innings together and 25 each from Ryan Bandoo and Matthew Cooper helped Naps to an impressive 176/8 in 25 overs.

At the end of the innings, Naps combined boundary hitting with some excellent running in between the wickets led by Cooper and Jevon George (15 not out). Bowling for St Mary’s Jaden O’Brien took 3/34 in five overs, Nick Ramlal had figures of 2/15 in five overs and fast bowler Andre Seeteram grabbed 2/41 in five overs.

Jahrel Nedd and captain Leon Basanoo got the Saints off to a brilliant start getting to 29 without loss after three overs. Nedd was the first to go, caught at mid off to give left-arm medium pacer George the wicket. In the fifth over with St Mary’s 43/1 rain caused a 45-minute delay and on the resumption Saints had a revised target of 142 in 20 overs.

George and spinner Avinash Mahabirsingh, who recently returned from the Under-19 World Cup in South Africa, kept Ramlal and Basanoo at bay with some tight bowling. Left-arm spinner Matthew Cooper, brother of TT Red Force player Cephas Cooper, got the prized wicket of Basanoo for 22 caught at first slip by Mahabirsingh.

Ramlal was next to fall as he found the short third man fielder to give George another scalp. St Mary’s progressed to 87/3 after 13 overs to leave Naps with the advantage. With the run rate increasing the Saints batsmen had no choice but to play shots and it led to a cluster of wickets as St Mary’s limped to 116/7 in 18 overs.

Joshua James (25 not out) battled hard and kept his team in the contest as the Saints needed 12 in the last over. Left-arm spinner Bandoo bowled a strong last over as St Mary’s closed on 136/9 in 20 overs.

After the win Naps coach Gibran Mohammed said, “A win is a win. It’s a tremendous feeling to win. The guys have been working very hard. It is good that we came out here today and it pieced together nicely for us. One of the problems (is that) we weren’t building enough partnerships. Batters weren’t carrying on and scoring consistent runs.”

Mohammed praised Roopchand for his knock, along with contributions from Bandoo, Cooper and George.

The post St Benedict’s close in on Shiva Boys appeared first on Trinidad and Tobago Newsday.