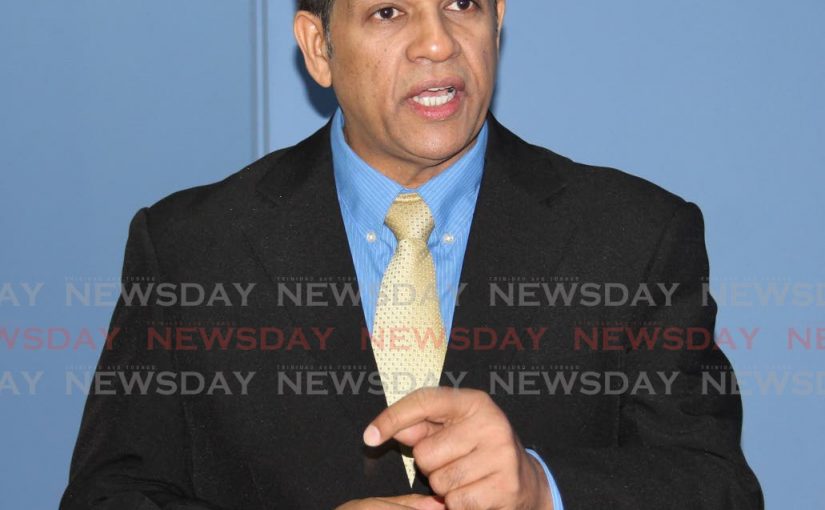 St Augustine MP Prakash Ramadhar said he will make an announcement soon about whether or not he will contest this year’s general election. Ramadhar is the lone COP representative in Parliament. He also said he will speak at a later date about his relationship with the COP.

He was speaking Monday at a news conference at Ramesh Lawrence Maharaj, SC’s Irving Street, San Fernando office. Maharaj held the briefing to announce that Ramadhar’s defamation appeal before the Privy Council was successful. “I will not comment on that today,” Ramadhar said when asked whether or not he will stand for re-election.

The UNC has chosen Opposition senator Sean Sobers and Kenya Charles as its candidates for San Fernando West and St Ann’s East respectively. The country’s other political parties are still to select candidates. While he welcomed full citizen participation in the country’s politics, Ramadhar was non-committal about being part of any efforts to form a third political force to challenge the PNM and UNC.

He said it was ironic that some of the people who condemned the PP’s efforts to implement runoff legislation, are now “trying to create smaller parties without a space.” The PP passed the runoff legislation in Parliament in June 2015, but never implemented it. Ramadhar added there are voters in TT who are afraid of split votes and “our society is not going to throw away their vote.”

For his part, Maharaj who is a former attorney general in the UNC government said, “I do not have the passion to be a politician anymore. I leave that to the younger generation.” Asked if he would attend any political meeting organised by former PM Basdeo Panday to discuss creation of a third political movement, Maharaj said, “If only I had the time.”