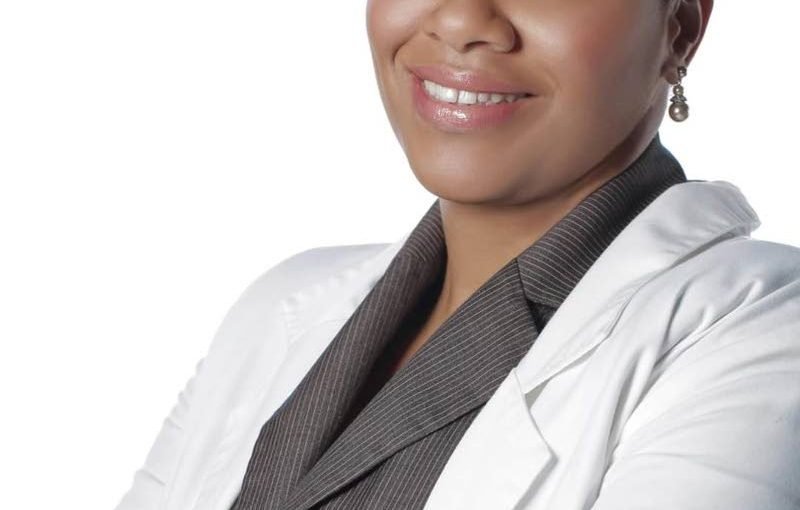 Every year, once they turn 40, men and people with prostates should have a medical examination to screen for prostate cancer. Last week, the Cancer Society in partnership with CIBC First Caribbean bank began offering, on a first-come, first-serve offer, free prostate screenings. Typically, the target has been men, however, as trans women also have prostates, the Cancer Society is making a call for anyone who has the male reproductive organ to get themselves tested because early detection is key to the survival rate of prostate cancer. Dr Asante Le Blanc, chairman of the Cancer Society, in a Newsday interview, said once a person has a prostate, they can get prostate cancer regardless of their socio-economic bracket, education level, gender identity, geographical location, job or marital status, and the earlier they get screened, the better. “Detection is always the best weapon against cancer and this case – prostate cancer – early detection is an amazing weapon that promotes survivorship,” she said. The society aims to do 120 prostate-specific antigens (PSA) blood tests, 90 digital rectal exams (DRE), 36 transrectal ultrasounds and 12 biopsies. Last year, 225 men between TT got free prostate cancer screenings. Cost, Le Blanc said, is usually a barrier to access screenings and biopsies. However, year-round screenings are subsidised because of subventions by the Ministry of Health. “Our intention, our mission our vision to the country is on educating people about screening and the access of services to all populations of Trinidad and Tobago. [caption id="attachment_832025" align="alignnone" width="362"] 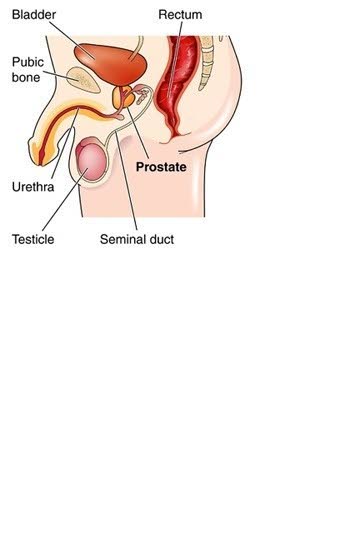 -[/caption] The quality of the testing in the country is second to none, and it’s very affordable.” Fear is another limitation that keeps people from getting screened. Many men, she said, have a cultural fear of taking a prostate exam. “It’s a macho thing. The position alone, the foetal position during a rectal exam, it puts them in a mentally vulnerable position. The fear of a diagnosis, they may not want to hear something is wrong. We continue to try and overcome that through education initiatives such as this.” When asked what the society’s policy on treating transgender patients, Le Blanc said the society has no bias against any population in TT. “If you come into the Cancer Society as a transgender female for a prostate exam, we would not prejudice the person or not give them the exam. We would deal with them in a way for screening to be proactive and preventative. There would not be any prejudice against that individual at all.” [caption id="attachment_832020" align="alignnone" width="324"] 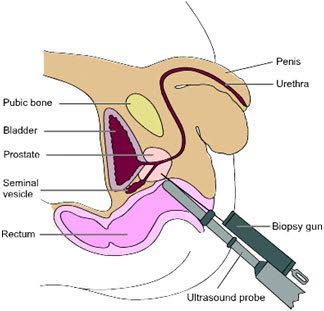 -[/caption] She urges the trans community, regardless of what they identify as, to be cognisant of the organs that put them at risk for cancer and do the necessary screening. “You can’t be fearful of discrimination if you have a prostate… Medically speaking, it is not about prejudice or chastising, they (trans women) are still at risk of prostate cancer, testicular cancer and penile cancer because those are the male reproductive organs that they have.” Le Blanc said she has never screened or treated a trans person, and is not sure if the person did not present themselves as trans while being treated but promises no one will be discriminated against in the society’s facilities. “It’s a very interesting conversation, but as chairman of the Trinidad and Tobago Cancer Society, I would not allow or support any prejudice against any member of society.” If a trans person is concerned about prejudice, she recommends they make an appointment and give their concerns beforehand or contact her directly to discuss their issue. Le Blanc admitted she is still sensitising herself to the proper etiquette when working with the trans community, but is committed to making the society a safe space for all. “I will definitely sensitise my staff even more on this and the family of TTCS and we will ensure that there is no prejudice in our environment… “The Cancer Society of Trinidad and Tobago will make a stand right now – which is a new arena – we welcome anyone with a prostate gland. You know you have a prostate gland, you need to be screened once you turn 40, call us, make the appointment.” Prostate cancer is a serious issue for men. Men of African descent have a larger increase in death due to prostate cancer, but as the country is mixed, she encourages all men to be screened. The 2010 census said 34.2 per cent of the TT population had African ancestry and 22.8 per cent were mixed – but did not state what were the ethnic compositions. Dr Wayne A Warner from the Washington University School of Medicine and a team of researchers published a paper in 2018 called, The Burden of Prostate Cancer in Trinidad and Tobago: One of the highest mortality rates in the world (https://www.ncbi.nlm.nih.gov/pmc/articles/PMC5999193/). The research showed: “Men in TT are diagnosed at more advanced ages than in several other countries. In TT, the mean age of diagnosis was 72.6 years, whereas a recent study reported 62 years for Americans, 66 years for Asian Indians, 69 years for Senegalese cases, and 68 years in Barbados.” Prostate cancer, Warner et al wrote, is the most diagnosed malignancy in men and is the leading cause of cancer deaths in men.The study’s data set was provided by the now defunct, but to be revived Elizabeth Quamina Cancer Registry, which gave 6,064 cases of prostate cancer and 3,704 deaths due to prostate cancer between January 1, 1995 and December 31, 2009. The Cancer Registry has not been updated since 2009. Some numbers in the data set were disregarded, and overall, 5,950 prostate cancer cases were used of which 4,666 people or 78.4 per cent had African ancestry, 721 or 12.1 per cent had Indian ancestry, and 563 or 9.5 per cent were mixed. “It is clear from our findings that men of African ancestry have the highest percentage of unstaged and the lowest per cent diagnosed at a localised stage or Grade I,” the study stated. There are one to four stages or grades of cancer. The UK’s National Health Service said stage one is when the cancer is small and hasn’t spread. Stage two is where the cancer grew, but did not spread. In stage three the cancer is large and may have spread to surrounding tissue. Stage four is when cancer has spread to at least one other organ. Most people were diagnosed with prostate cancer in stage two. The least were in stage four. Before 2002, the PSA test was not readily available to test men in TT. This caused an increased risk that men would discover their cancer at a later stage. Smoking, poor diet, a sedentary lifestyle, chronic prostate infections and genetics are among the risk factors of prostate cancer. However, the study notes TT has “health-avoidant behaviours and attitudes,” where many in the country prefer to use alternative herbal medicine before seeking official healthcare. Anthony Seeraj, managing director of CIBC First Caribbean, told Newsday every year since 2014, the bank dedicates funds to help increase prostate cancer screening in the country. Many other corporate entities focus on breast cancer, but prostate cancer kills many men in TT. “Prostate is the leading cause of cancer mortality among men. The same year (2014) Roy Cape was diagnosed with prostate cancer, and he is now in remission.” Cape is the ambassador for CIBC First Caribbean’s prostate cancer initiative. The bank has an annual event called Walk for the Cure, and those funds are used to fund the free screenings. “We raise the funds and use it to offset the cost when they got to be screened and tested and the rationale here is to really create the awareness and education. If we pick up the signs of prostate cancer early, we don’t have to die from prostate cancer. “The stats over the years have been very encouraging. The number of first-timers has been 60 per cent. This means the awareness and education programme is working.” Usually, CIBC First Caribbean has a walk for the cure event in September which goes towards funding the subsidised prostate cancer screening, but because of covid19, the group is brainstorming a digital and in-person event to hold if public health regulations remain the same.

The post Early testing for men,people with prostates appeared first on Trinidad and Tobago Newsday.