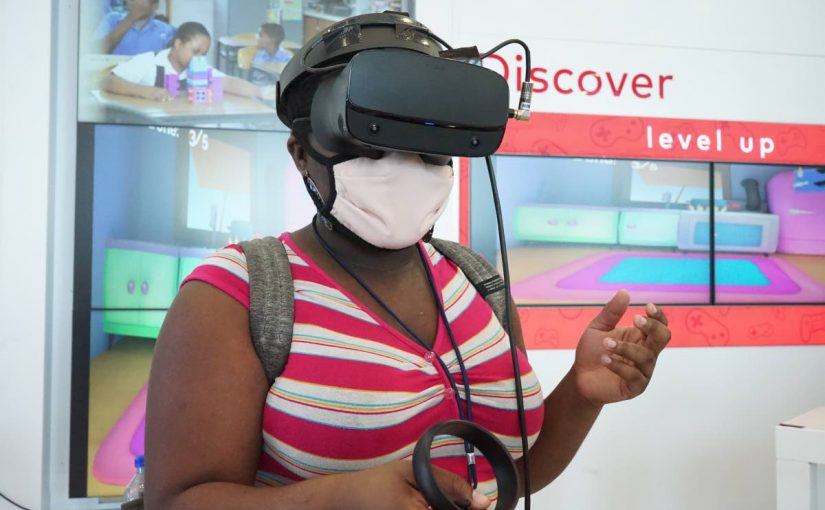 THE Digicel Foundation with co-funding from the Inter-American Development Bank’s Innovation Lab, has developed an app in the form of a free virtual reality game, Masters of Prep, to assist people with disabilities on managing in disaster scenarios. The game, created in collaboration with the Office of Disaster Preparedness (ODPM) and the Fire Services, is presented in the form of an animated room where the player participates in a school or home hazard hunt. This is the first disaster preparedness game developed to give students with disabilities the opportunity to practice real-world skills in a safe environment, said a media from Digicel. It said Masters of Prep is the only game like it in the Caribbean that is accessible to young, deaf children. [caption id="attachment_832011" align="alignnone" width="1024"] 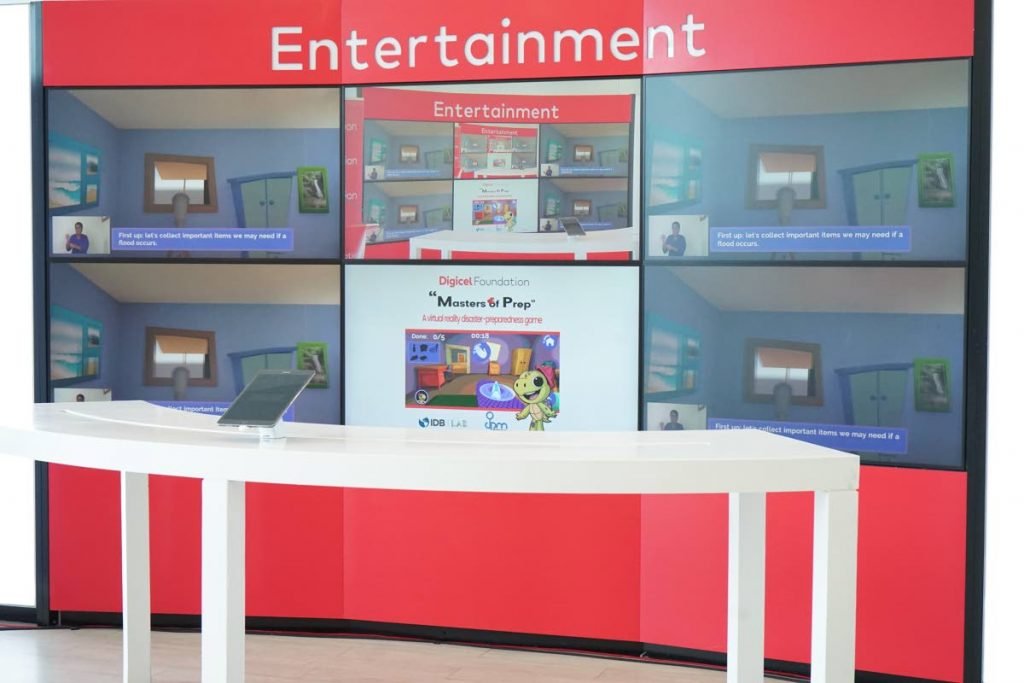 The display screens at Digicel Experience Store, C3 Centre, San Fernando give a first look of the Masters of Prep app. The free virtual reality game was conceptualised to assist those with disabilities learn real time skills which will assist with managing in case of a natural disaster. -[/caption] In the release, Kahaya Puckerin, principal of the National Centre for Persons with Disabilities, said: “Video games for the deaf are very limited and even more so in our region. Having a game developed by a local team of developers that is presented as educational and features disaster awareness in sign language is exceptional. “The likely benefits to young, deaf children/learners include building confidence in navigating potentially dangerous situations and the benefit of tailored life-skills learning to coincide with hurricane, fire season, etc, to include use game during sessions. The CEO of the ODPM Retired Major Gen Rodney Smart said, “The launch of Masters of Prep illustrates the strong partnerships between the ODPM and the foundation over the past years.” He said such a partnership enables the ODPM to further the work of building a disaster prepared nation. [caption id="attachment_832012" align="alignnone" width="1024"] 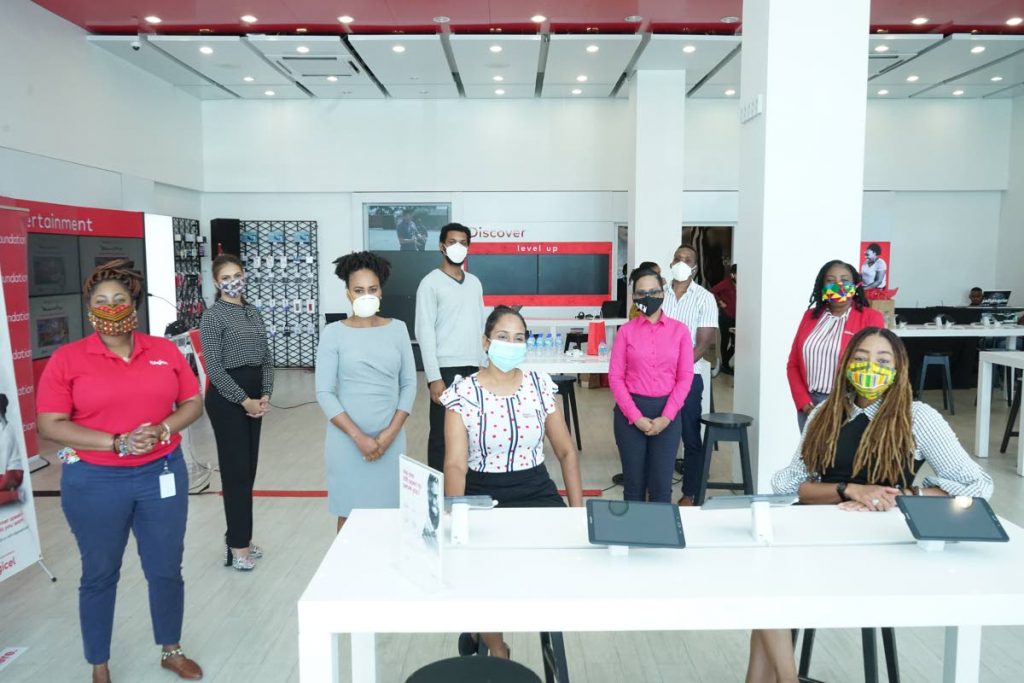 The team which made the Masters of Prep Game a “reality.” -[/caption] The Digicel Foundation said it is dedicated to improving the inclusion of people with special needs in society. The announcement of the launch of the app received commendation from Vashtie Dookiesingh, senior specialist at the IDB LAB for empowering people with special needs with an inclusive disaster preparedness technical tool to enhance their capacity against future disasters. The Masters of Prep Game is live in Google Play store and available for d