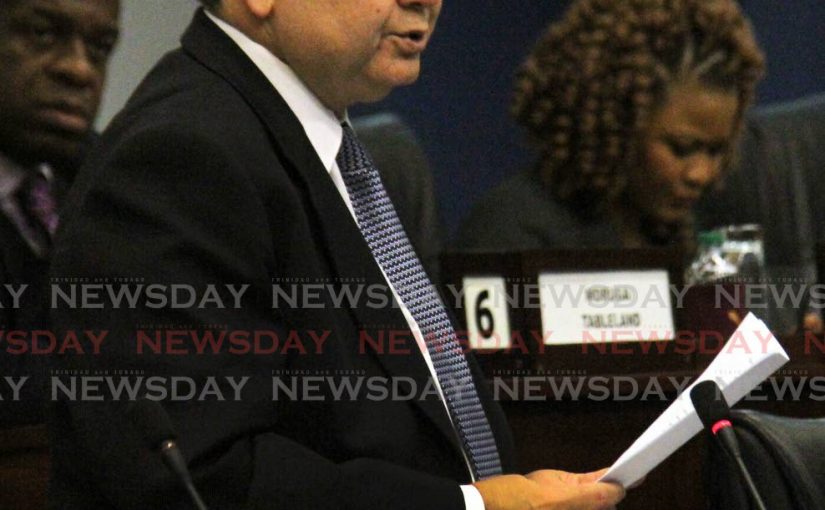 ENERGY Minister Franklin Khan on Tuesday told the Senate the saga of how a Paria Fuel Trading shipment of oil was sent to Aruba and then allegedly ended up in Venezuela was now a finished matter. He was replying to a question from Opposition Senator Wade Mark who asked if an investigation had been launched into the shipment. “Madam President, in mathematical terms, for the 'Nth' time I make this statement.” He said Paria’s main activity was the importation and marketing of fuels, since 2018. Khan said Paria’s sale of gasoline to ES Euro Shipping was a standard transaction to a bona fide client after doing due diligence. “Transfer of ownership changed with the sale of the product and accordingly Paria has no further interest in the transaction. Therefore there is nothing to investigate and there are no plans to so do.” Mark asked if Khan was aware a shipment of 200,000 barrels of gasoline was imported to TT two weeks before the shipment went to Aruba. Senate President Christine Kangaloo disallowed the question. Mark asked about the due diligence. Khan said on May 20 Paria had issued a full statement giving all details. He added, “To recap, it is more than due diligence. You check the company, you check where it is registered, you check its shareholders, you check the directors, you see if there is any lien on their assets and matters pertaining thereto. That is standard practice.” Mark asked if the main player in the import of 200,000 of oil to TT before the export of oil to Aruba had been was one Wilmer Ruperti, but Kangaloo disallowed that question. Mark asked if this shipment had been imported from Algeria and then stored in a Petrotrin tank, but Kangaloo disallowed that.

The post Khan: No probe into Aruba oil sale appeared first on Trinidad and Tobago Newsday.