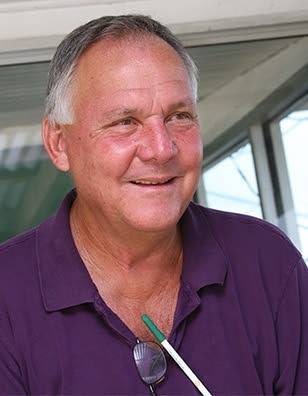 HORSE trainer John O’Brien said despite a three-month lay off because of covid19 the quality of the races on Saturday should be of a high standard. Horse racing, like all other local sports, came to a halt in the middle of March because of the virus. Racing would resume on Saturday at Santa Rosa Park in Arima with a six-race card. No spectators would be allowed because of covid19, but people can use the MBet (Mobile Betting Platform) system to bet on races. The Prime Minister, during a covid19 media conference last Saturday, said, “We were hoping we would have been in a position to grant permission for the Labour Day horse racing event but we couldn’t. “Today, I can say to the horse racing fraternity, go back to your business, horse racing is allowed. Remember the basic principles of social distancing and cleanliness.” On the resumption of racing, O’Brien said, “Encouraging to the jockeys and all the stakeholders.” Despite the lengthy break, O’Brien thinks the horses will perform at a fairly high level. “All of them have been off for pretty much three and half months so you would expect that it would take a race to really be back to full fitness, but I don’t think they will be too far behind.” O’Brien said he would have eight horses competing on Saturday including Wise Guy and Bella Riva. O’Brien said all sporting events in the world including horse racing must adjust to the times including no spectators at the event. “It’s being done all over North America and England. We have to get it back going otherwise the horses will suffer. We try to live with what we can and hope that things will change in the near future.” Jockeys, trainers and owners have all been affected financially by the layoff. O’Brien understands the difficulty that is being faced by the Betting Levy Board and Arima Race Club. “Neither the Betting Levy Board or the Arima Race Club had any funds coming in over the last three and a half months, so hopefully now that the private betting shops and the racing is starting back there will be some sort of revenue flow.”