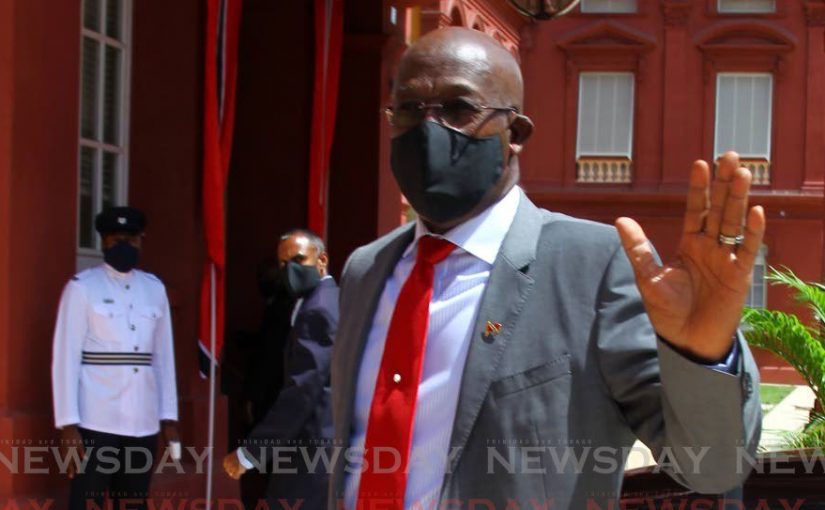 As of Monday, Independence Day, it would be illegal to be out in the public without wearing a mask, the Prime Minister said on Saturday. Dr Rowley said with the passage of legislation on Friday, and the debate and expected support in the Senate on Saturday, the law will go into effect in the coming week. He said wearing masks would help to suppress the spread of covid19, which up until Saturday had claimed 19 lives, with more than 800 active cases, and more than 1,500 cases reported. "We all have to assume we care carrying the virus," he said in a media conference at the Diplomatic Centre, St Ann's. He said it was the reason why the Parliament met to debate and pass legislation to make wearing masks the law. "It is part of your clothing now," the Prime Minister said. He said he was impressed by the designs and "colour coding" of masks being produced locally. "We have made the law as such you will have to protect the rest of the population from your irresponsible conduct," he said. The law allows a magistrate to impose as maximum $250,000 fine for offences related to not wearing a mask.

The post PM: Not wearing a mask illegal from Monday appeared first on Trinidad and Tobago Newsday.