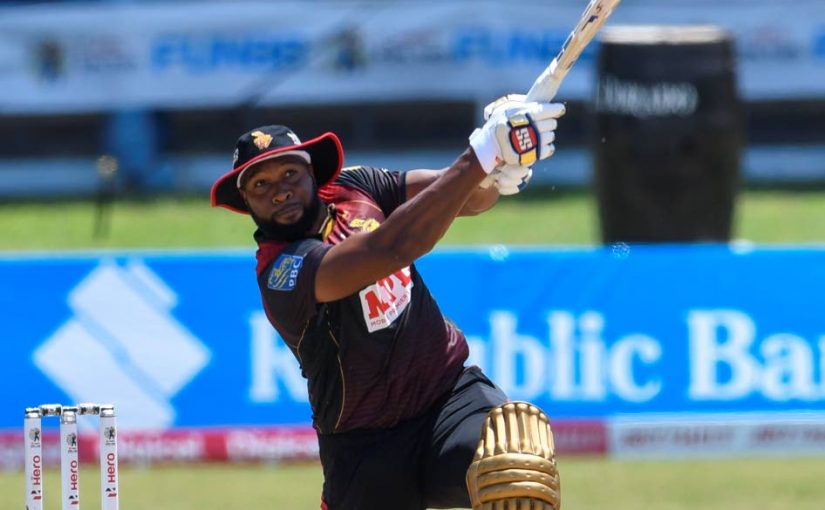 A monstrous knock of 72 (nine sixes and two fours) from 28 balls from skipper Kieron Pollard launched the Trinbago Knight Riders to an emphatic two-wicket victory over reigning champions Barbados Tridents in a thriller at Queen's Park Oval, St Clair on Saturday.

Sent in to bat, Barbados Tridents piled on 148 for seven after their 20 overs with Johnson Charles (47) and Kyle Mayers (42) topping the batting.

Shikandar Raza (2/11) was the pick of the bowlers for the Dwayne Bravo-led team while Jayden Seales (2/21) and Akeal Hosein (2/30) also did damage with the ball.

In reply, Trinbago Knight Riders had a shaky start and struggled at 62/5 until Pollard's entry.

The burly batsman took no prisoners and poisoned the Tridents' bowling attack with a barrage of huge shots around the ground to steer his team within reach of the target before getting run out with four balls to spare.

In the end, Pierre smashed a four if the penultimate ball to lead TKR to 149/8 and maintain the squad's perfect start to the 2020 CPL.