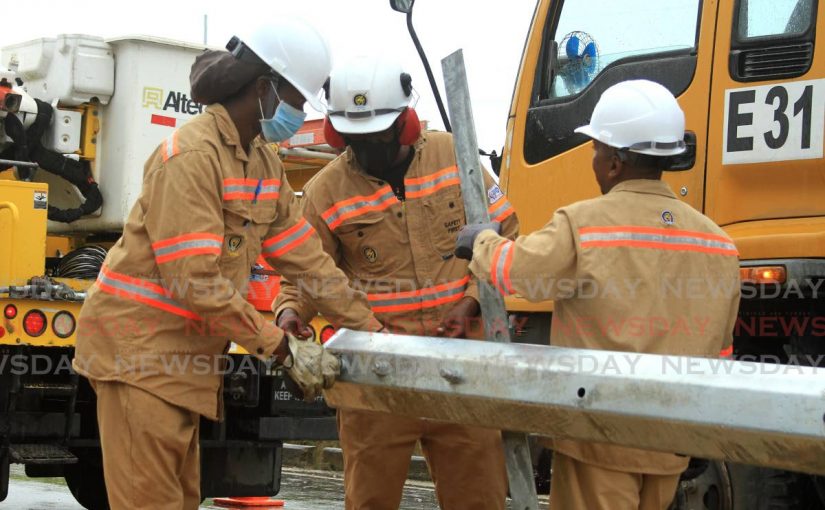 THE Oilfields Workers' Trade Union (OWTU) is seeking to engage the new Public Utilities Minister Marvin Gonzales amid claims that the TT Electricity Commission (TTEC) is flouting the covid19 guidelines.

OWTU executive vice president Peter Burke, who has responsibility for TTEC, criticised the board and management for not being forthright with the unions about the rate of covid19 infections at the commission.

He said this is putting workers at risk. In the absence of information from the commission, Burke told workers they have a responsibility to protect themselves.

He said the Occupational Safety and Health Act (OSHA) gives them the right of -preservation and to ask questions of the management which has a legal, moral and ethical obligation to practice duty of care.

Branch president of TTEC Port of Spain Kevin Julien said the commission is not adhering to government’s instructions to stagger workers' shifts.

Positive cases have been reported at TTEC in north and south Trinidad, yet Julien charged there is a shortage of PPE.

Julien said a two-week rotation system, which was agreed to and signed off between management and the union on March 25, was breached by the commission the very next day.

He said the rotation system would ensure that if there is an outbreak there would always be an available fleet.

At a news conference at OWTU’s Paramount Building, San Fernando on Saturday morning, Julien, who joined Burke and chairman of the TTEC Estate Police Association (EPA) Richard Roopnarine, said the full workforce is out on duty.

Julien said this could significantly impede the safe and reliable electricity supply, for the economic well-being of the country, if workers should fall ill.

He referred to a situation on Wednesday where text messages began circulating about seven TTEC police officers who had gone into self-quarantine after exhibiting flu-like symptoms.

He said three hours after the circulation of the messages and a request for management to meet, employees were told the building in Port of Spain was sanitised.

“They did not say who sanitised the building or what product was used. Later that day one of my colleagues tested positive and to date there still no information about what is taking place with contact tracing among other employees.”

“It’s a sad situation at TTEC. We could have a life and death situation on our hands, because if a worker contracts the covid19 virus, it is not only the worker who is affected.

“His work colleagues are affected, more importantly his immediate family is affected, and if we do not take proactive measures to protect workers more people will be affected because we are in full blown community spread.

“Management has to be more responsible,” Julien said.

Roopnarine said TTEC police are the first contact with the public but they are being treated, “like second class employees in the organisation.”

“We receive different treatment with respect to the sanitisation of facilities and provision of masks. Comrade Burke explained the provision for their workers are not adequate, I am afraid the provision or security staff is worse.”

“We are concerned about the commission withholding information relative of those infected and those who are on self-quarantine.

“This does not allow our members to adequately protect themselves.”

Roopnarine said several unsuccessful requests have been made to meet with management.

The post OWTU: TTEC not upfront about covid19 cases appeared first on Trinidad and Tobago Newsday.