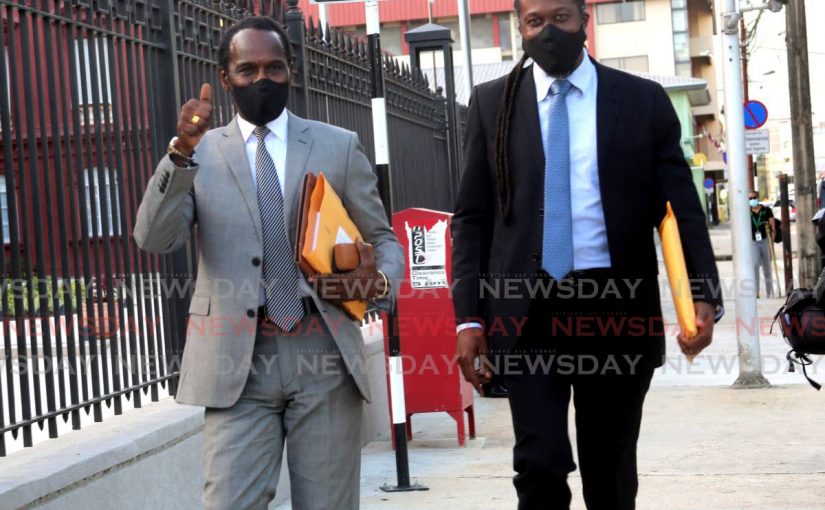 THE UNC Youth Arm has added to the storm of criticism directed at Minister of Youth Development and National Services Fitzgerald Hinds for his controversial social media post about a man who asked him from money to buy something to eat.

Hinds made and deleted the posts on Wednesday but then defended them on a radio programme the following day. Many, including members of his own party, found the post to be offensive and insensitive.

The post read: “Not even aware that I was in his focus, on exiting the Massy Foodstore, I entered my vehicle. I settled in and observed a body up to my window. Closer observation revealed a perhaps 30-year old, healthy-looking, muscular man.

“I looked for the piper in him and could not find it. He beckoned me to talk to him. I rolled down my glass window and he delivered! 'Ah just asking for a lil $20 to buy something to eat!' I immediately reflected on a previous occasion when another young man asked me for 'ah lil $100'. I have given financial and other assistance many times in greater quantity, but I refused them both! Ah doh like the idea of young, apparently fit men begging! And ah doh like it more, when they tell me hummuch dey want!

“I reflected deeply on my new portfolio, took a deep breath; and drove away highly energized to do this critical work.”

In a statement issued on Saturday, the UNC Youth Arm joined the Congress of the People in calling for Hinds to resign, just over a week after his appointment.

"But today we will discuss what we see as his disgusting and inhumane post to social media."

The statement said while the minister is within his right to withhold his money and even boast about it, he must remember the post he holds.

"By no means are we suggesting that he should have given him money or even a job. But as a responsible Minister of Youth Development, he should have taken his time to hold a proper conversation with this youth. One of substance, one of motivation, one that is productive. This would have changed the narrative of this young man’s life and perhaps empower him. It would have even changed the narrative of the public discussion on how the matter was handled."

It said a teachable moment was lost and instead Hinds had the "unmitigated gall" to post the encounter on Facebook.

"The UNC Youth Arm wants to know if there is a criterion that fits someone who begs. Mr Minister, what is the requirement for one to beg? I am sure there is none. Did the Minister bother to question why the young man was asking for money in the first place? Was it for himself or to help his family? What lead him to this position?

"The country’s unemployment rate continues to rise and if Mr Minister and his government had done a better job of creating more and better opportunities for the citizenry this may not be the reality ... This latest statement by the Honourable MP is very irresponsible, reckless, lacks remorse and lacks empathy. Do better, sir! Either you step up or step-down Mr Minister!"