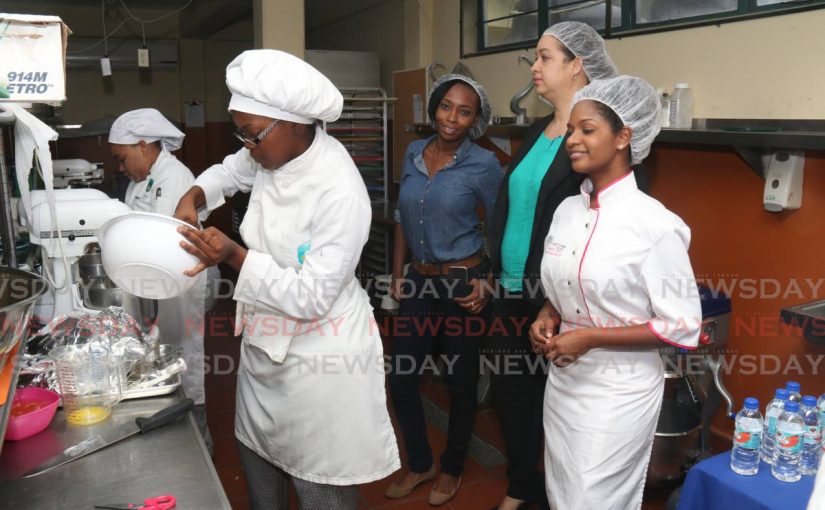 SIX DAYS after Education Minister Dr Nyan Gadsby-Dolly addressed the abrupt closure of the TT Hospitality and Tourism Institute (TTHTI), the school has responded in an eight-page release. The release sought to clarify information put out by Gadsby-Dolly, who posted on her Facebook on August 22, the day after the school announced its closure. Gadsby-Dolly in her post said TTHTI did not complete its registration process as obligated by the Accreditation Council of TT (ACTT) and did not inform ACTT that it was ceasing operations. She added that the school did not submit the required “Teach-Out” arrangement details that are usually made with a similar institution to ensure that registered students can be transferred to ensure continuity. In response, TTHTI said it remained open to engaging with the Ministry of Education to explore all available options, for the benefit of all stakeholders, particularly students. “The Institute has been conscious of the distress and impact that this decision would have on our students which is why we reached out to the Ministry of Education for assistance in July 2020. The TTHTI issued separate communication to all our affected students notifying them that an academic status review of each respective student had been initiated. “Over the coming week, the Institute will be scheduling virtual town hall meetings with a view to addressing all their concerns and questions and providing every assistance to them in this transition period.” The TTHTI added that it never lost its accreditation status and was still registered with the ACTT, saying that as recently as June ACTT was considering extending TTHTI’s institutional accreditation status to December 31. TTHTI said it closed because of mounting bills and a loss of revenue, primarily from government subventions. Gadsby-Dolly said, between 2016 and 2018, the Ministry of Education made several efforts to meet with the TTHTI to discuss “certain anomalies” as well as non-compliance with the reporting requirements established by the Ministry of Finance. She the institution failed to account for several years of expenditure specifically related to its subventions. TTHTI said, during that period, it was not asked to report on subventions which ended in 2017 and, before 2015, former TTHTI CEO Dr Patricia Butcher, when asked about finances, said that school was not obligated to report their financial position to the ministry. The release said the last time that the ministry sought information on subventions was for the fiscal year 2013/2014. Those subventions stopped after Butcher was replaced in 2017. TTHTI also dismissed Gadsby-Dolly’s claim that Government Assistance for Tuition Expenses (GATE) funding was provided on an annual basis to the TTHTI. The release added that from February 2017, GATE funding was withheld. “Based on the immense challenges that delayed GATE reimbursements posed to the institute’s cash flow cycle, compounded by the Ministry’s withholding of subvention payments, the TTHTI took a business decision to stop accepting GATE applications from students as a form of payment for the commencement of their academic programmes with the institute, effective September 2017, with students being required to up-front fund, the cost of their tuition.”