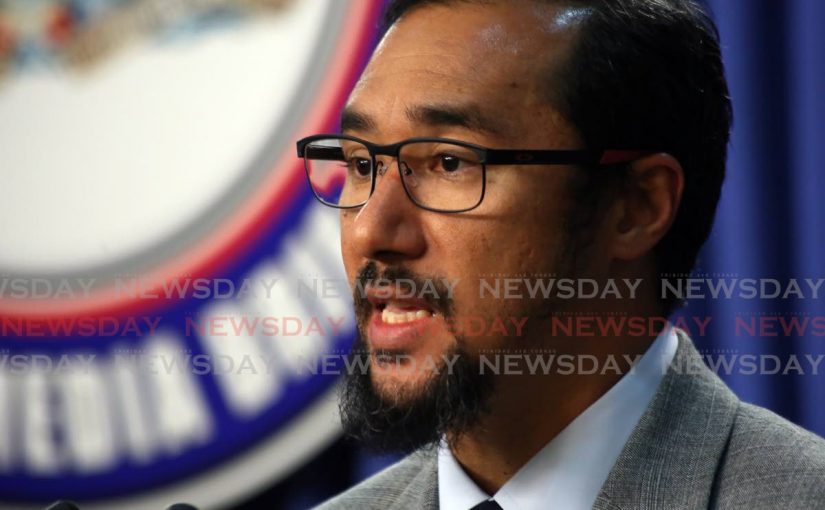 NATIONAL Security Minister Stuart Young said Government did not want to bring legislation to make mask wearing mandatory. He was contributing to debate on the Public Health (Amendment) Bill in the House Friday. He said the Fyzabad MP Dr Lackram Bodoe spoke about persuading people to wear masks and Young said Government went through that stage. He also said it was hypocritical and ironic because certain people who aspire for leadership were photographed never wearing masks. "And they have the audacity to attack the Government." While speaking he was interrupted by an Opposition MP. "You should wear a muzzle not mask," he told them. Young complained it was "offensive" for a member to pull down their mask while speaking. He said the health experts tried persuasion and led the charge in asking the population to "mask up" but there was a certain laxity and people were not adhering to the calls. "We reached this stage because it is the final pillar." He said a fixed penalty notice was the best way to enforce mandatory wearing of masks and if the police saw people not wearing a mask they could issue a ticket. "This Government did not want to have to go this route. We are forced to go this route to help people on the advice of the medical experts to prevent the spread of covid19." Young said the Opposition MPs frequently referenced the covid19 situation in the UK but he said this was one of the worst places in Europe. He also said it was fortunate Government did not listen to the Opposition suggestions that sunshine and puncheon and lime kills covid19. He pointed out the Opposition and their associates have sued the State 20 times challenging the public health regulations and lost every time. He expressed hope the Attorney General pursued wasted cost orders on those attorneys. The bill was subsequently passed without division and with amendments.

The post Young: Govt had no choice but to make law appeared first on Trinidad and Tobago Newsday.