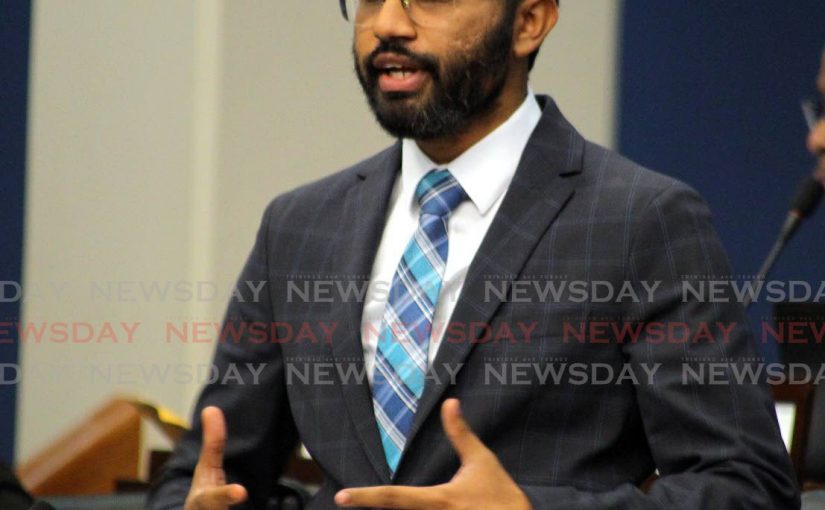 Barataria/ San Juan MP Saddam Hosein, in his maiden contribution in the Lower House, questioned the motives of the government in bringing the Public Health (Amendment) Bill before the Parliament. The Amended Bill aims to introduce a fixed penalty system and stricter penalties for those found not wearing facemasks in public. He called for more details of the draft regulations for the Bill and said while the Opposition pledged its support to the amendments, he felt more information should be provided by the government on what regulations should be proposed. "The members of this House, we deserve some more respect. At least provide us with the draft regulations for what we are going to enforce. So we are setting up an entire system to enforce regulations at the courthouse, but we don't know what we are going to enforce. "The government has not done their job to provide us with that information. You are asking us for our support, but at the end of the day we are left without any information." Responding to the suggestion of a fixed penalty system, Hosein contended that such a process would be counterproductive, as it would require people accused of breaching the public health regulations to visit their district courts to pay the fines. "There are many district courts being shut down because there are positive cases of covid19 – but you are encouraging people to come to the courts to pay a fine or a ticket. "This must be dealt with holistically. You have to indicate to us whether or not this piece of legislation will be enforced or if we are coming here as a PR game for the government in their covid campaign."