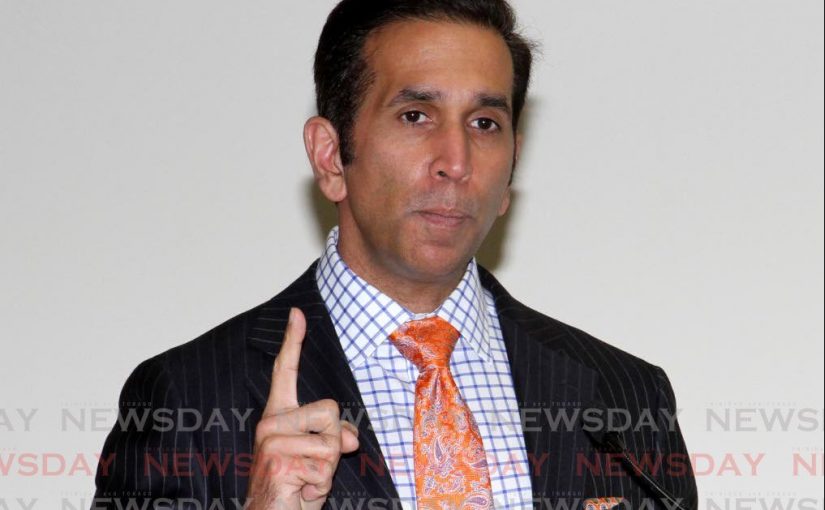 In his first contribution in the new Parliament, Attorney General Faris Al-Rawi is proposing stiffer penalties and a fixed penalty system to tackle people who flout the public health regulations. Speaking in the debate on the Public Health (Amendment) Bill 2020, Al-Rawi on Friday proposed that fines be raised from the current $50,000 and six months' imprisonment to $250,000 and six months' imprisonment. He said the increased penalty would be administered at the discretion of the presiding magistrate and would give people accused of breaching the law, the option of appealing their cases. "It is not that the summary offence is to be given automatically. It means that a magistrate can go up to a maximum of $250,000 as my friends on both sides will know it allows you (the accused) to receive a fine with anything from $0 and cents to reprimand and discharge to the full extent depending on the severity (of the offence). "Due process consideration where your matter can be appealed." Citing the success of a fixed penalty system for the Dangerous Drugs Act and the Motor Vehicle and Traffic Legislation, Al-Rawi asserted a similar process would improve the efficiency of the courts and prevent a backlog of cases. He said this allows a police officer acting with reasonable cause to visit someone who has potentially breached the law with a fixed penalty notice. "That policeman will have to issue the notice, duplicates sent to...the clerk of the court, we will then have the person to pay, or not pay, as the case may be. There are circumstances in the Bill of the notices in the event you have failed to pay within a particular time. "This second route that doesn't compel you to arrest someone, take them down to the police station, arrange bail at the station or at the magistrates' court etcetera." At the end of the debate, the bill went to committee stage and was later passed with amendments.