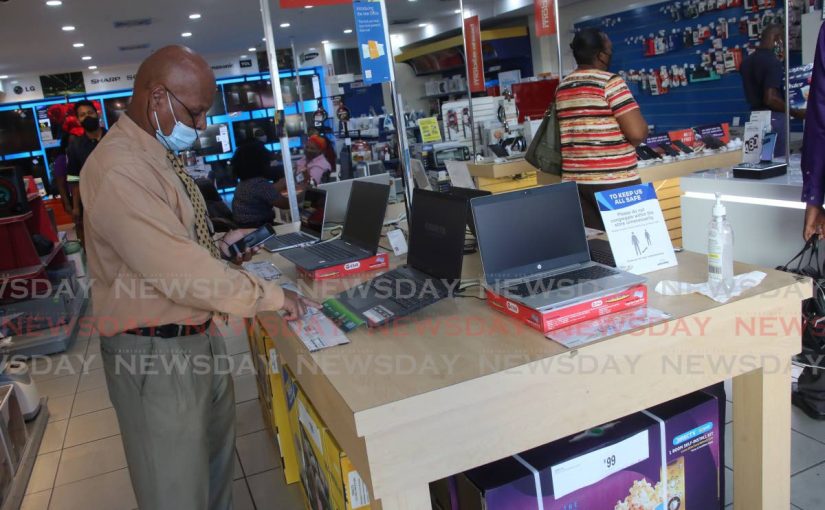 Minister of Education Dr Nyan Gadsby-Dolly has appealed to corporate TT to help provide laptops and other devices as well as internet connectivity for the 65,000 schoolchildren who do not have access to them.

The new minister made the appeal at a press conference on Friday at the Education Towers, St Vincent Street, Port of Spain.

Schools are set to reopen virtually from September 1. All schools are expected to be teaching by September 14.

The devices and connectivity are being acquired through what the ministry calls its Adopt A School initiative. Gadsby-Dolly said, “We recognise that we roughly have 65,000 students who do not have access to the online environment. That is approximately one quarter of the students.

She said of course the Government will be considering providing some devices, “But we are also reaching out to the business community, the chambers of industry, alumni associations and we are asking corporate TT to become involved in this effort.”

She said the ministry has already had outreaches from Telecommunications Authority of TT (TATT) and the TT Electricity Commission (T&TEC) to supply some schools with devices.

Provisions have been made in the interim for students who do not have immediate access to devices. Schools will use printed material and electronic, printed and social media to ensure that such students are reached and educated.

“We don’t want them to be left behind. “Of course, in the circumstances, the online environment may be the richest replacement for face-to-face and so we would want to encourage corporate TT and make an appeal for corporate TT at this time.”

Gadsby-Dolly will take a proposal to Cabinet next week and there will be a discussion about providing devices for children who do not have them.

Under the People’s Partnership administration, all form one students were given a laptop as they entered secondary school.

Newsday spoke to Gabriel Faria, TT Chamber CEO, who said the chamber understood the need. He added that the need for devices and connectivity also became more prevalent as people worked from home.

Faria said the chamber had had discussions about supporting the education population and would be contacting its members to see who can provide assistance.

He said the chamber will have to contact the Ministry of Education about the mechanics of the plan.

“We understand the need, and the chamber is willing to support,” Faria said.

Shakka Subero, head of government at Digicel Business, said the telecommunications company continued to support the Government’s effort to bridge the digital divide and ensure students have access to e-learning initiatives.

Subero said since the start of the pandemic Digicel has zero-rated access to learning websites such as UWI e-learning, given free access to the ministry’s educational content to over 93,000 households via a special video on demand channel on Digicel Home and Entertainment and donated over 1,000 digital tablets with data to 23 special-needs schools for their students and teachers.

“We have been engaged in discussions with officials of the Ministry of Education, TATT and other key stakeholders to design a suitable support mechanism to make e-learning widely available, and will announce those details in the coming days,” Subero said.

TSTT also said in an e-mail response that it will continue to work with the Government to ensure TT’s children “have access to a reliable broadband internet connection.” The telecommunications company said it believes in a digitally inclusive TT and hence invested significantly in technology and established education as one of the four pillars of the Bmobile Foundation, its philanthropic arm.

“Recognising the far-reaching implications of the pandemic on some of our nation’s most vulnerable, TSTT has been involved in extensive discussions with TATT, and other stakeholders, with the objective of working together to facilitate broadband access to those most in need. These discussions began in June and are ongoing. TSTT remains ready and willing to work with all parties so that no child is left behind,” the response said.

A San Fernando mother who has six children at school said she is glad the Government is trying to assist children who do not have online access, since her children are among them.

“I think it will work out fine. I prefer they do something than nothing at all,” she said.