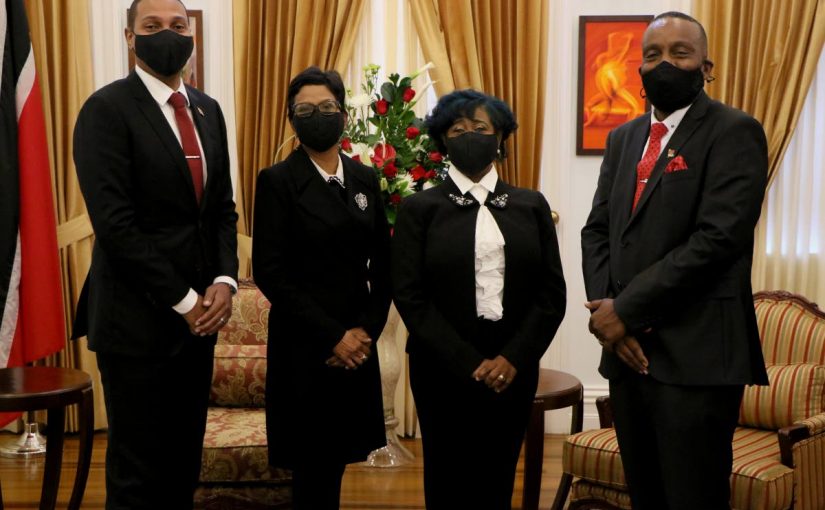 BRIDGID Annisette-George was re-elected Speaker of the House Friday morning although the Opposition nominated former PNM stalwart Nafeesa Mohammed. At the ceremonial opening of the 12th Parliament, Leader of Government Business Camille Robinson-Regis nominated Annisette-George and this was seconded by Tobago West MP Shamfa Cudjoe. Pointe-a-Pierre MP David Lee, however, nominated Mohammed and this was seconded by Opposition Leader Kamla Persad-Bissessar. Mohammed, a former deputy political leader of the ruling PNM, switched allegiance to the UNC during the general election campaign to support MP Saddam Hosein in the marginal constituency of San Juan/Barataria over the PNM’s candidate Jason Williams, a radio talk show host. Annisette-George’s nomination went to a division and all 21 government MPs present voted for her (new La Horquetta/Talparo MP Foster Cummings had not yet arrived). All 19 Opposition MPs voted against. She was, therefore, elected. Annisette-George then took the oath of office and the Speaker’s chair. Robinson-Regis then nominated Tunapuna MP Esmond Forde to be re-elected deputy speaker. The Opposition did not present any nominees. Forde then took the oath. The Office of the Opposition Leader said in a release on Thursday that Persad-Bissessar had written to the President opposing Annisette-George’s nomination because of an alleged lack of impartiality during her previous five-year term. In May, Opposition MP Dr Roodal Moonilal filed a private member’s motion of censure against House Speaker Bridgid Annisette-George, claiming she had brought her office and the Parliament into disrepute. Moonilal, in a letter to Clerk of the House of Representatives, Jacqui Sampson-Meiguel, said although the Speaker denied his request for a discussion on a controversial sale of fuel by state enterprise Paria Fuel Trading Co Ltd, she failed to disclose a conflict of interest – that Paria’s chairman, Newman George, is Annisette-George’s husband. The motion was debated the following month and was defeated, with all 17 government members voting against and all 14 opposition members voting for. In July Mohammed, a former PNM deputy leader, vowed to support Hosein in the August 10 general election during a virtual media conference. Mohammed alleged in 2018 she had been a victim of political abuse, but gave no details. Saying she has friends across the board, she said leaving the PNM has be “a very agonising decision for me.” Since 2018, she said, she had felt exiled for her outspokenness and seeing no leaders address damage done to people, families and communities. So she had decided to resign from the PNM, which her uncle and parents had helped build before 1956. Her uncle Kamaluddin Mohammed was a founding member of the party in 1956 and served as a minister under Dr Eric Williams. Attorney General Faris Al-Rawi in response claimed Mohammed’s statement of resignation from the PNM was largely based on the self-interest of herself and her family, to which the Government could not accede. Al-Rawi said her relative Jamal Mohammed had been a UNC senator, adding, “Nafeesa Mohammed left the PNM many, many years ago. “Nafeesa has also had the very difficult personal situation of having a family member being wanted in other jurisdictions. That is not something you can look past. My own belief is that she has a deep and serious conflict of interest in her argument.”